We might not have jetpacks but we’re definitely living in the future. Plop down someone from 2009 or even five years ago and they would barely recognize the selfie-stick, fit-chip age we’re living in today.

CES, touted as the “world’s gathering place for all who thrive on the business of consumer technologies,” is the ground zero for previewing the tech that’s going to be running our lives—er, that will be our next tools to improve our lifestyles. Robots, virtual assistants, the next generation of internet connectivity (5G)—it was all there at this year’s annual tech expo. With more than 4400 exhibitors, the show featured a technocrat’s ransom of new gadgets, gizmos and innovations. Some will become household necessities; many others will be forgotten or made obsolete, perhaps even by the time you read this. Here are five new tech toys to look forward to in the coming year. 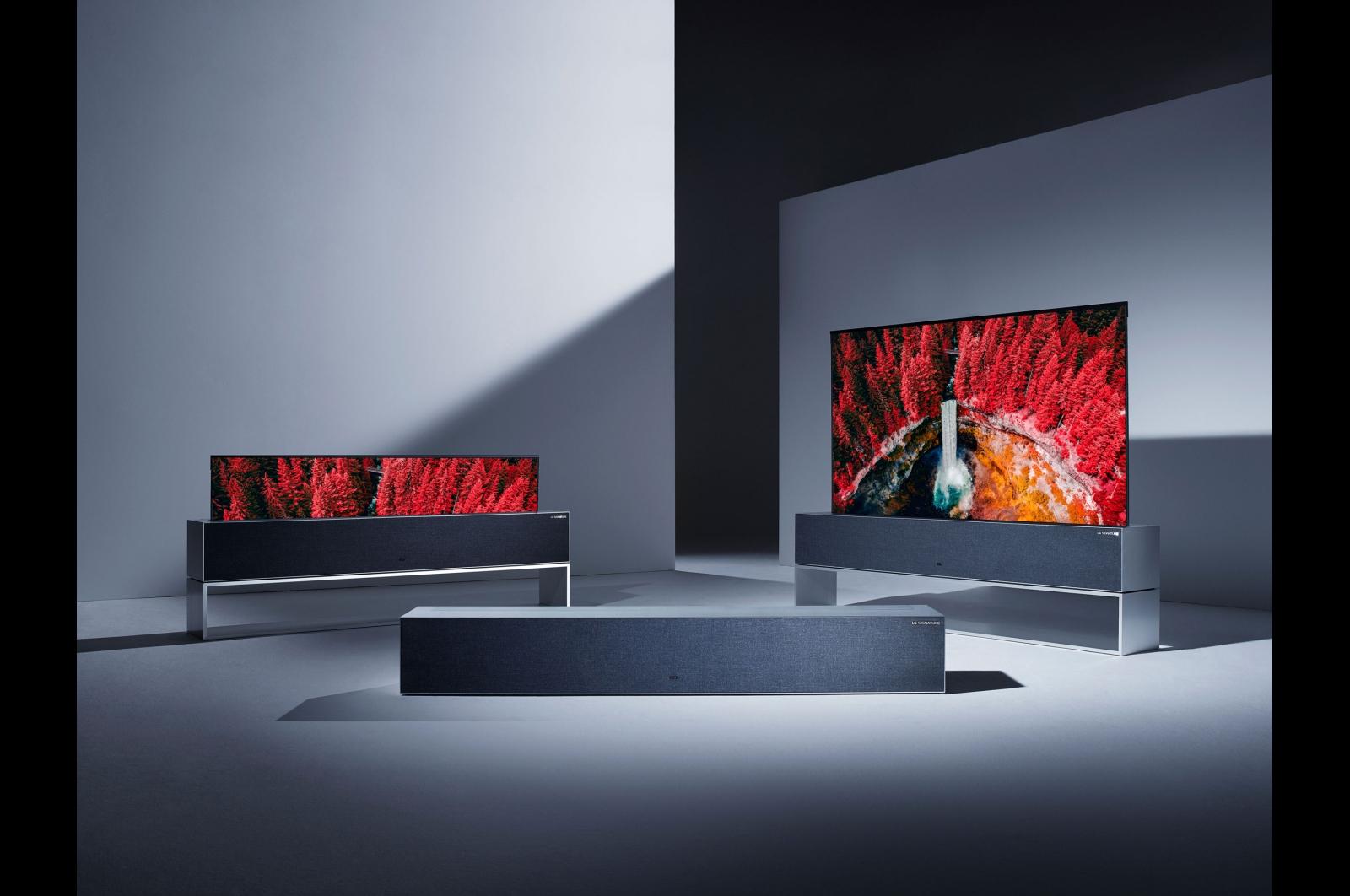 Each year at CES TV manufacturers introduce new advances in screen size, interconnectivity, and picture and sound quality. But LG’s OLED TV R is the answer for anyone who doesn’t want a big black mirror dominating their living quarters. At the press of a button (or the sound of your voice, thanks to LG ThinQ), the 65-inch TV slowly rolls down into its brushed aluminum base. You can also roll the screen only partway down, for a decorative OLED display of, for example, family photos. The base doubles as a 100-watt Dolby Atmos speaker. (LG has yet to announce pricing; the TV should be available in the second half of the year.)

OtterBox, the leading name in protective cases for smartphones, has teamed up with PopSocket, the leading name in PopGrips. PopGrips are plastic circles that, when attached to the back of your smartphone, enable you to hold your phone more easily while taking selfies, to store headphones, and to act as a built-in kickstand to prop up your phone. The new Otter + Pop Case combines the protective OtterBox casing with a built-in PopGrip that lays flush with the case when not in use. The cases are expected to go on sale later this spring starting at $59.95 USD. (PopGrips themselves are available starting at $12.99 CND on amazon.ca.)

Home chefs tired of messily flitting from meal prep to screen will welcome this device, which has a 10-inch display and a variety of tools and applications. With the KitchenAid Smart Display, cooks can easily access recipe inspirations and instructions, how-to videos, and (when everything is under control) music or TV, through voice commands directed at Google Assistant. Expected price is between $2-300 USD and availability in the latter half of 2019.

Cat owners rejoice: technology has caught up with the primitive litter box. Looking like something designed by Stanley Kubrick, the Litter-Robot 3 Connect is an automatic self-cleaning litter box. Fortunately, cats are less concerned with the possibilities of treacherous AI and will think nothing of hopping into the Litter-Robot’s orb to do their business. Seven minutes later, the orb rotates, separating waste from clean litter and depositing said substance into a drawer with a carbon filter that reduces odor. The Connect app provides info such as waste-drawer levels, usage history, and frequency of your cat’s (or cats’) functions. (Available now at litter-robot.com at $598.67 CDN.) Note: hot on the heels of the Litter-Bot 3 is Purrsong’s LavvieBot, which performs many of the same functions but with a more minimalist design. Purrsong is launching a funding campaign in May.

If cows can turn plants into meat, why can’t humans (and technology)? Strictly speaking, the Impossible Burger isn’t a “tech toy,” but its potential as a disruptor rivals anything else at this year’s CES. Winner of Engadget’s Most Unexpected Product, Most Impactful Product and Best of the Best awards, the Impossible Burger 2.0 improves on the original (2016) recipe in nutrition, texture and taste. The meatless meat is suitable for grill, pan, and restaurant flat-top, and can be braised, stewed, steamed or sautéed. According to impossiblefoods.com, more restaurants will be serving the product beginning in March, and it will be coming to U.S. grocery stores later in the year.